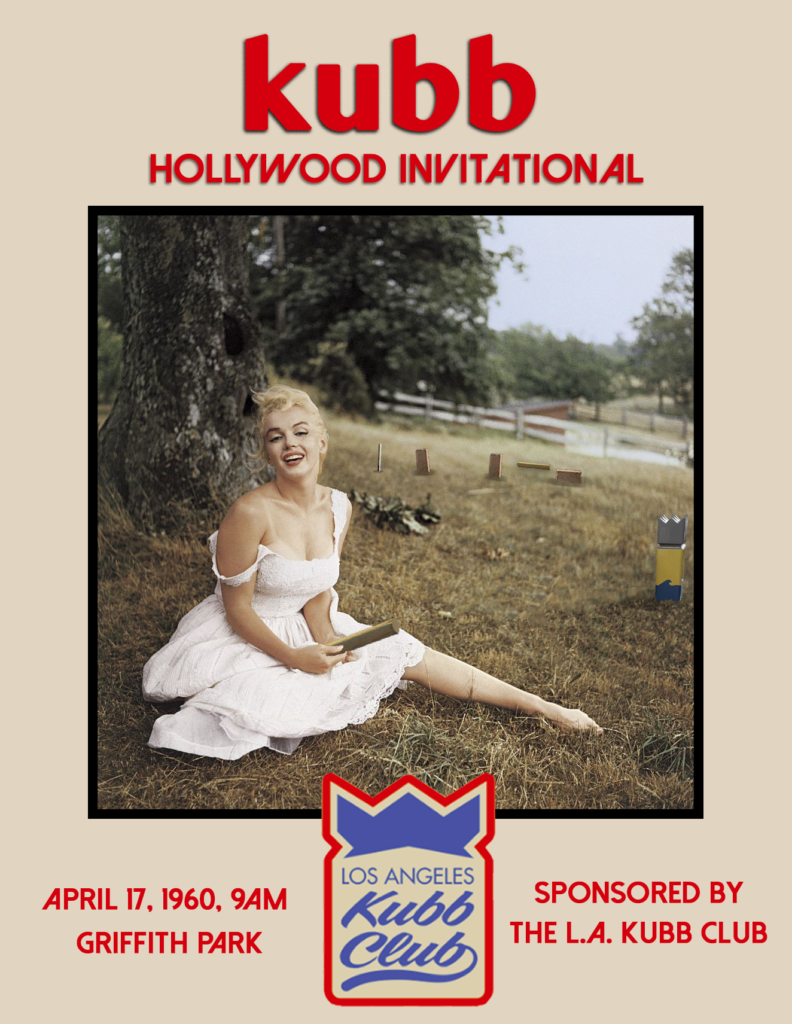 People often associate California in the 50’s and 60’s with beach and surfing culture, but that period is also widely considered the heyday of kubb on the West Coast. Brought from the Midwest to the backyards and beaches of Southern California by the many aspiring actors, actresses and retirees fleeing the winter snow and summer humidity of Iowa, Minnesota and Wisconsin, kubb started gaining prominence around Los Angeles in the mid 1940’s. By 1960, it was a staple of every party and picnic from Pacific Palisades to Pasadena; popular among beach bums and Hollywood royalty alike.

This print ad, which ran in the L.A. Times, Variety and Kubbnation Magazine throughout March and early April of 1960 shows model, actress and original kubb pin-up girl, Marilyn Monroe, resting during an autumn friendly at a Topanga Canyon ranch. Early in her career, Monroe was one of kubb’s biggest enthusiasts and evangelists, but as time went on, her prominence waned as she developed a reputation for exploiting her blatant sex-appeal and ditzy-blonde persona to avoid being called out on her frequent and egregious helicopters.

Even after her competitive playing days were over, kubb still played a big part of Monroe’s life. Court filings revealed that one of the “irreconcilable differences” attributed to her divorce from playwright Arthur Miller was her insistence that kubb was a sport. Miller maintained it was just a game.