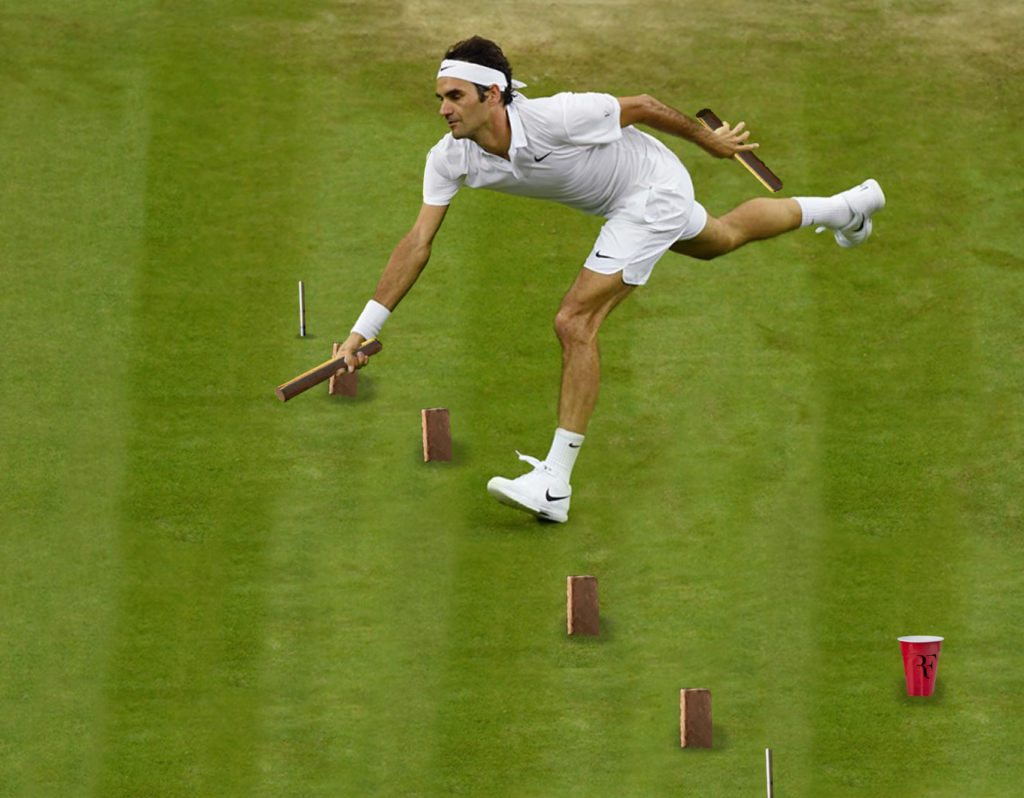 Sidelined by injury for most of the 2016 season, tennis superstar Roger Federer has come back strong in 2017 with big wins in Melbourne, Indian Wells and Miami earlier in the year, but has opted to take much of the spring off to train for the grass court season and Wimbledon.  A new and important part of his grueling training regimen includes playing three-to-four hours a day of one-on-one kubb.  In a recent interview with Kubbnation magazine, Roger said that he has found that repetitive 8m throws and 4m blasting in particular help him greatly with his shot-placement.  “Kubb is really great for my transition to the grass court.  Baton work helps me build strength and improve my ball control.”  “I let (coach) Ivan (Llubicic) handle the inkasting, though,” the star said with a wry smile, “…I’m no good with the kubbs.”

It is unknown at this time whether any other players on the tour incorporate the “sport of kings” into their training routines, but a strong performance by Federer at Wimbledon this summer will certainly cause others to take a closer look at kubb as an effective cross-training option.

Kubb and the GOAT: Roger Federer’s Return to the ATP Tour